Film Appreciation
and
Woodstock at 50
and
Music For Change

Reminder: This Blogspot page is the only real Reverend Bookburn site. Any asshole who creates false sites, misuses the Rev's name, misrepresents us, or spams us, is unworthy of attention.
Rev. Bookburn 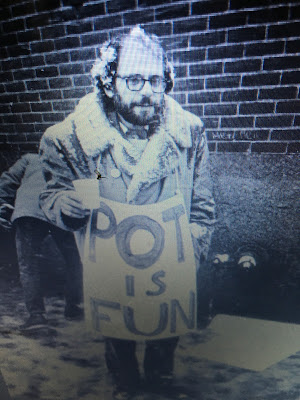 Allen Ginsberg in the late 50s or early 60s 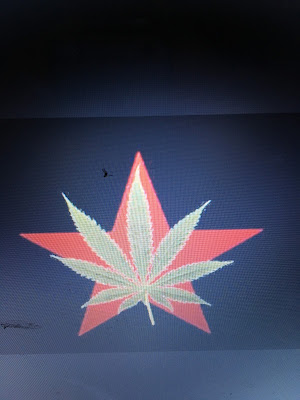 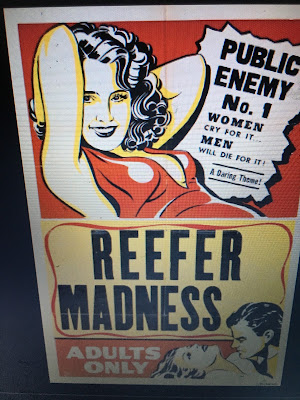 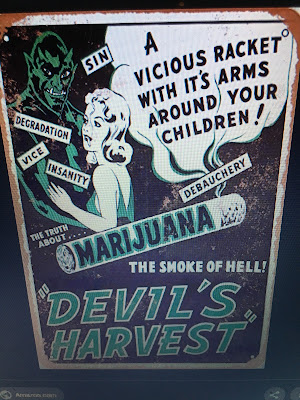 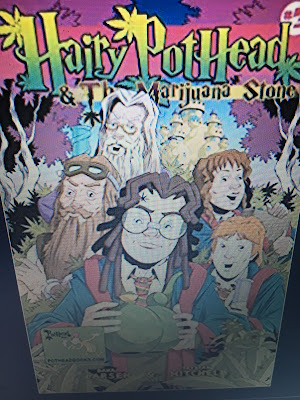 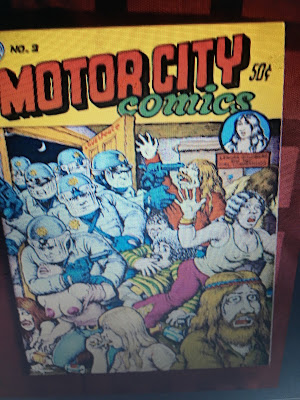 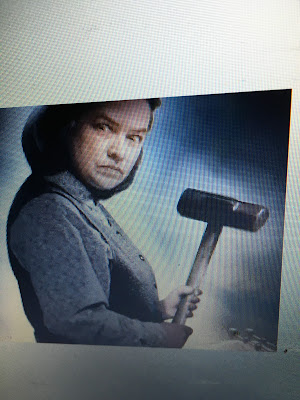 Need to chill for Halloweed?

It was always fun to do the Halloweed shows - a mixture of celebrating weed and Halloween. That continues to be a tradition worth keeping.
The fascistic anti-weed laws in many areas of the world have been softened or removed. It's a start but not enough. Everyone who has been in prison for weed offenses should be freed immediately. Related arrest records should be expunged.
There is still an ever-growing list of good Halloweed entertainment. Hopefully, the Goodies links will enhance your experience. Happy celebrating!

It's obvious to most reasonable people that donald trump has long been a mentally unstable and dangerous criminal. This Halloween, it would be appropriate for him to put a potato over his orange Cheeto TM and call himself a dictator.
Stump is also well-exposed. It is more urgent than ever that he be impeached and prosecuted. Sadly, such action would depend on an almost fake opposition party. Rather than quietly hoping they do the right thing, people are going to need loud voices to demand change.We have seen the outcomes of passively believing in Republican-Lite. We'll need to do better to be rid of the stump.

The Nancy Mergatroyd site is temporarily unavailable. Updates to follow. The latest offering on the fake page that bears my name was full of predictable absurdities and zero insight: because I expressed my opinion! I definitely do not regret defending old friends, others and myself from the harassment, stalking and other abuses by Nancy Mergatroyd. I apologize to everyone who ever had any degree of experience with this person through me. The fake page is unforgivable and I remain opposed to taking such targeting in silence. The Nancy Mergatroyd page will be an ongoing project. Nancy's views and nuclear trigger continue to have no meaning. In all of my life, no one of any belief system or political leanings has ever been this low.
We are still getting script ideas. Some are classics. My own ideas tend to include humor. There is usually no humor on the Lifetime Channel during their many shows about unstable stalkers. One of my scenes resembled Dustin Hoffman banging on glass in The Graduate film.
If you want to submit an idea for a potential script, send an email ( revbookburn@sjcdc.org ) or DM on Twitter.
Original call for script ideas:
A Future Lifetime Channel Special?
Script ideas can include harassment, stalking and the fact that Nancy Mergatroyd was repeatedly confronted for racism on Tumblr by women of color.
Enough of this Halloween fright. Time to celebrate Halloweed!
Oh..happy birthday Susan Sarandon!
💓


Ric Ocasek was so much more than The Cars. These are the 10 besttracks you didn't know he produced


Best of The Cars


Ric Ocasek as a beatnik in the original Hairspray film


From the WFMU Archives: Daniel Johnston and Yo La Tengo

Eddie Money on The Big Interview with Dan Rather


The Pop Group – The Boys From Brazil


Ministry – Every Day Is Halloween


The Zeros – Pushin Too Hard


Massive Attack – Girl I Love You


The Big Moon – Your Light


Janet Gardner – Your Place In The Sun


Crass – Where Next Columbus?


Spiritualized – Lord Let It Rain On Me – live in Reykjavil


Detroit Cobras – As Long As I Have You


The Pretenders – The Adultress


Back From The Grave, Vol 9


Amyl and the Sniffers – Some Mutts (Can't Be Muzzled)


The Walkabouts – Fuck Your Fear


Siouxie and The Banshees – Spellbound


Siouxie and The Banshees – Dear Prudence


Small Faces & PP Arnold – (If You Think You're) Groovy


Coven – One Tin Soldier (The Legend of Billy Jack)


Tim Buckley – Song to the Siren – The Monkees TV show


The Fugs – Song For Bernie


The Most Entertaining People Ever


The Truth About Looking In The Mirror On Psychedelics


The Standells – Banned In The USA!


The Zombies – The Aquarium Drunkard Interview


The Dandelion – Message From The Fire


Bloody Thursday: Killer Cops and the Battle for the People's Park, 1969


Anohni on art, corporations and the music industry


Sex Work is Not the Same as Sexual Exploitation


Democrats: To Beat Trump, You Need to Buck Your Leadership


People Have The Power


10 Ways That the Climate Crisis and Militarism Are Intertwined


Will Constitutional Outlaw Trump Implode With Lies Before He is Impeached?


Joe Biden's Remarks About Mike Pence Should Be Disqualifying


There's so much to unpack in this video of Jerry Falwell Jr. and his 'personal trainer'


This Changes Everything (Naomi Klein)

Posted by Reverend Bookburn at 9:34 PM