Reminder: This Blogspot page is the only real Reverend Bookburn site. Any asshole who creates false sites, misuses the Rev's name, misrepresents us, or spams us, is unworthy of attention.
- Rev. Bookburn 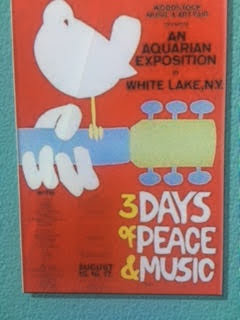 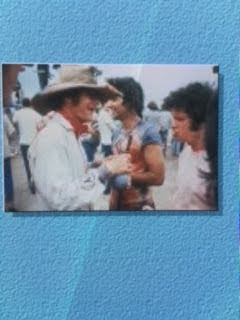 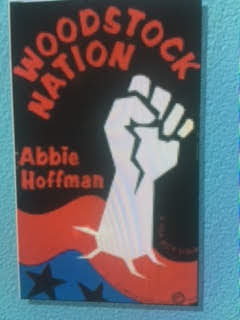 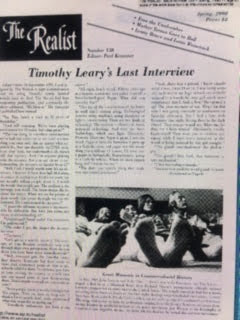 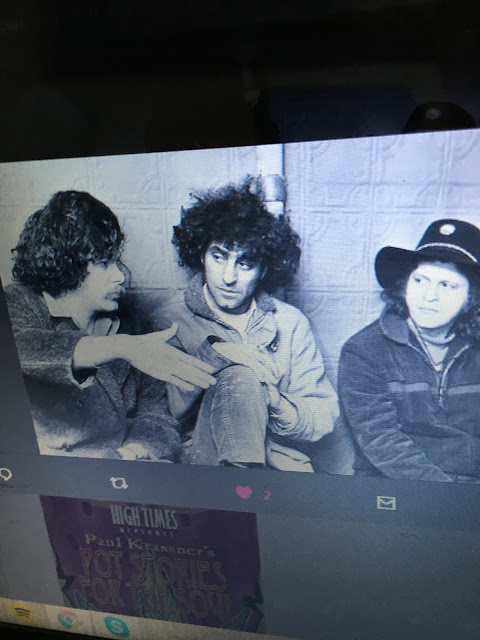 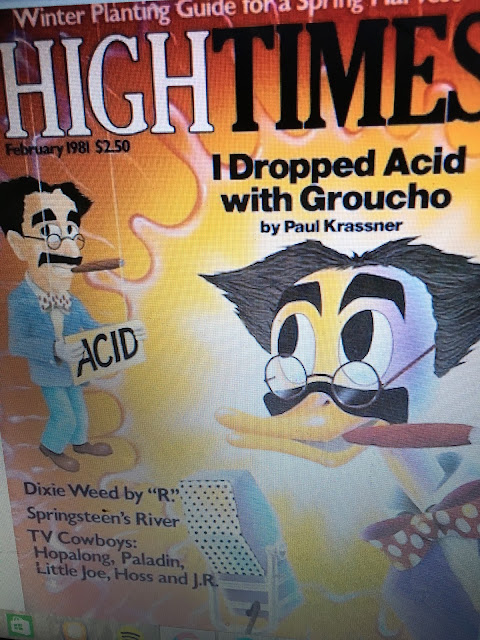 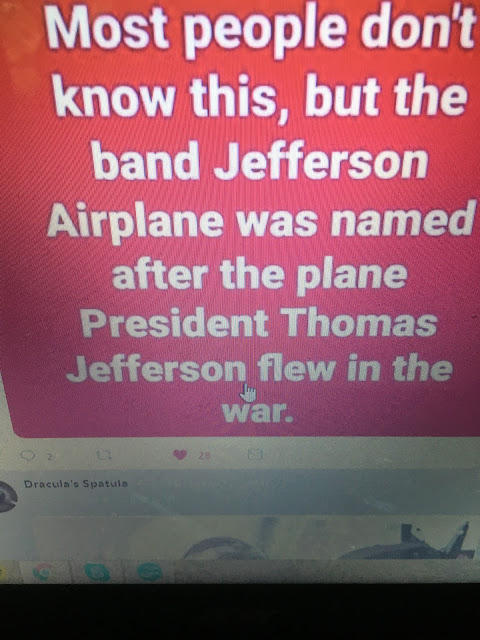 This is not about the possible Woodstock 50 event (if it even happens at all). This is also not about the marketing malls that were called Woodstock in 1994 and 1999. This is about a festival that was not only musically amazing, but also an epic climax to a phenomenal counter-culture. 50 years later, it remains worthy of discussion.

The official albums were good but too many performers were omitted. When the first album was originally transferred to cd (in the big box), the quality was crap. Subsequent versions have varied.

The original version and the Director's Cut of the film are both good. The latter added good live footage of Canned Heat and Jefferson Airplane. Both versions include the long interview with a couple hitch-hiking to the festival. That should have been a maximum of one minute.

Most books on the subject are crap, except for the pictures. The best book on the subject is Woodstock Nation by Abbie Hoffman. Actually, it is arguably the greatest book from the 60s.

Woodstock 50 has been announced as on-again, off-again. Whatever happens, I hope the original festival means more than a t-shirt design.

On July 21, Paul Krassner died at age 87. Paul was a satirist and brilliant writer for most of his life.

In the 1950s, Paul wrote for Mad magazine. This lead to his being a biographical editor for friend Lenny Bruce, as well as launching the legendary indie publication The Realist (1958-1974, 1985-2001). The Realist received rave reviews from many including John Lennon, Terry Southern, Kurt Vonnegut, and George Carlin.

Paul was one of the pioneering advocates for marijuana legalization and psychedelic research, in the early 1960s. He documented his trips with Dr. Timothy Leary, Ram Dass, Allen Ginsburg, Merry Pranksters, Grateful Dead, Abbie Hoffman, and Groucho Marx.

At the height of the 60s, Paul was a co-founder of The Yippies and responsible for naming them. Paul was named “an unindicted co-conspirator” prior to the infamous Chicago Conspiracy Trial.

Also throughout the 60s, Paul ran an underground abortion referral service. That began in the early 60s, when a humane doctor was interviewed for The Realist. Paul began helping desperate people who contacted him. Eventually, Paul was funding and assisting Bill Baird's efforts, despite the risks of serious prison time.

Another significant part of Paul's history worth noting here: his penchant for deep investigative reporting. That included his mind-boggling research of the Manson murders. Paul was the first to find the retired law enforcement person who stated that there were rulings from above  to leave the Manson cultists alone. Manson spoke openly about about starting a war with the Black Panthers. Manson even suggested to one officer that they join forces to end the threat of the Panthers. Manson of course didn't know anything about the Panthers, similar to every other white racist. The politics and community programs of the Panthers were completely unknown to Manson. Manson did openly speak about attacking the Panthers and declaring war. Amazingly, Manson got away with many serious parole violations and arrests. Paul's research was the first to shine a light on possible infiltration, manipulation, training, and encouragement.

Paul had also functioned as an editor for Hustler, and The Whole Earth Catalog.

A young Rev. Bookburn wrote to Paul as a teen and got an immediate response. Shortly afterwards, Paul spoke with me by phone about my editing of a community college newspaper. I got to see him at numerous public appearances until the events during the Republican Convention in Philadelphia in 2000. We discussed my show a few times, with him joking about my name. Last April, he liked my tribute to Abbie Hoffman on the 30th anniversary of his death. Paul always provided great insights. He was as awesome a person as he was a humorous icon.

There is so much that is worthwhile to say about the late Paul Krassner. I encourage you to check out the links further down.

Books by Paul Krassner: How a Satirical Editor Became a Yippie Conspirator in 10 Easy Years; Tales of Tongue Fu; Best of The Realist; Pot Stories for the Soul; Psychedelic Trips for the Mind; Psychedelic Sex; Magic Mushrooms and other Highs – From Toad Slime to Ecstasy; Who's To Say What's Obscene?; In Praise of Indecency; Sex, Drugs & the Twinkie Murders; The Winner of the Slow Bicycle Race; Impolite Interviews; Murder at the Conspiracy Convention; One Hand Jerking; Confessions of a Raving, Unconfined Nut; The Realist Cartoons; Zapped By The God of Absurdity [to be published later this year]; Re/Search: Pranks! [contributor]

Rather than getting therapy, Nancy the psychostalker who runs a fake page bearing my name, chose to slam friends of mine again. As usual, some of it was unintentionally funny. While slamming the late Caprizchka, Nancy declared herself better. Better than? Better than anyone? If it is possible for one to be aware in the great unknown, Caprizchka would certainly be laughing hysterically with the rest of us who knew both parties. It gets better with the next target. He was described as “off the deep end.” Considering the source, that line is funnier than The Onion or Mad magazine. What do the targets have in common? They have no history of abusing, harassing, stalking, fake web pages, impersonating others, refusing mental health treatment when others are impacted. All of those things are undeniable with Nancy. Nobody on her long personal hate list could ever become as vile as the psychostalker herself.

I don't want to give away too much future comedy material, but this is what I want to happen: if Nancy is able to mask all the psycho stuff and become employed again, she should continue her mission of being a keyboard jihadist. That can start with policing the politics and comments of her peers. Then she can issue her best offerings: Fuck you, you stupid fucking asshole! I was not really stalking! I am not a racist (Nancy was twice called out on Tumblr for racism)! You Hillary-hating mysogynist! If you call me out on my actions, you're a man-baby attacking me!

I sincerely apologize to everyone who ever met or encountered such a toxic person through me. I'll make it up to you.

Coming soon: an additional site that addresses all things regarding fake page operator Nancy the psychostalker. It will be fact-filled and funny. Stay tuned.


The Adverts – Television's Over (Peel session)

In Honor of Paul Krassner – Gofundme

Paul Krassner Has Joined His Pals

Paul Krassner, satirist who gave a voice to the counter-culture, dies

Paul Krassner and Me

The Ten Suggestions, by Paul Krassner

Paul Krassner, Dead at 87: An Appreciation

A couple of Paul Krassner stories

Cannabis and Satire with Paul Krassner

Paul Krassner, disruptive counterculture icon, was a great American. And my friend.

Paul Krassner, Anarchist, Prankster and a Yippie Founder, Dies at 87

Paul Krassner Gave a Shit About Everything

Paul Krassner discusses his book Confessions of a Raving,Unconfined Nut: Misadventures in the Counter-Culture

This Week in Podcasts: Paul Krassner

The death of disrespect as a satirical force. RIP Paul Krassner

Paul Krassner, countercultural ringmaster and leader of the Yippies, dies at 87

Paul Krassner, Anarchist, Prankster and a Yippies Founder, Dies at 87

Paul Krassner: The Life of an Investigative Satirist

Video Days: and What We Saw Through the Viewfinder – by Nancy Cain (Paul Krassner's wife)

The Allen Ginsburg-Charles Schulz Mashup You Didn't Know You Needed

When Mad Magazine Ruffled the Feathers of the FBI, Not Once But Three Times

Rachel Maddow Gets Called Out For Smearing Bernie Sanders

MSNBC's Anti-Sanders Bias Makes It Forget How To Do Math

Why They Hate Bernie

The Reagan era and “Us”

Tons of new music & other goodies from Rev. Bookburn's & Agent45's collections
Posted by Reverend Bookburn at 8:14 PM No comments: