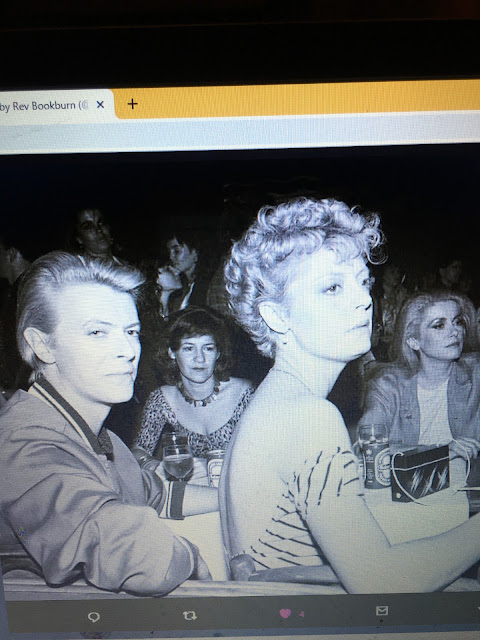 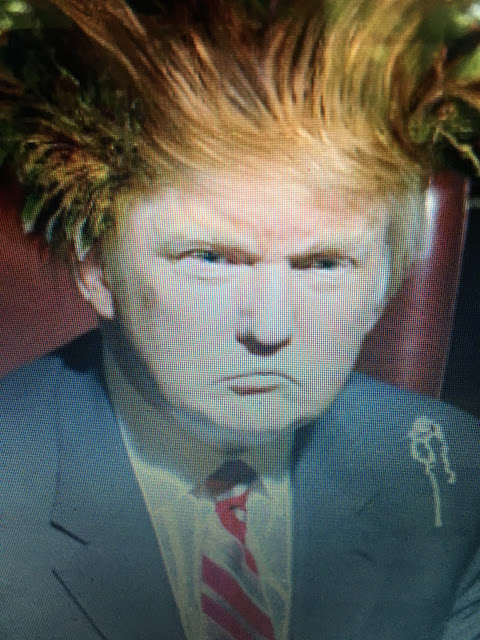 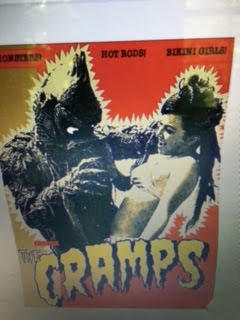 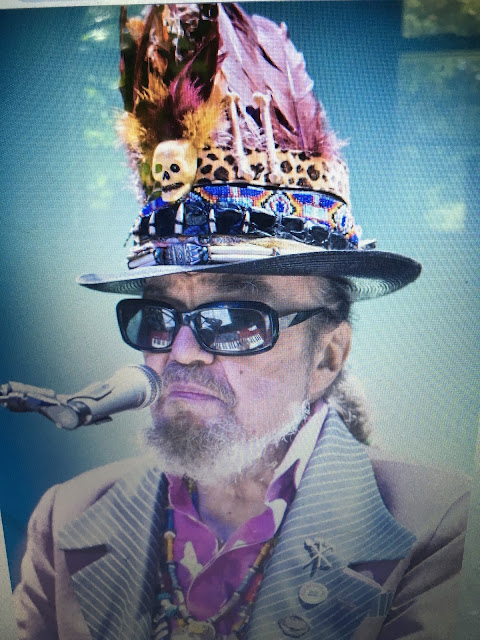 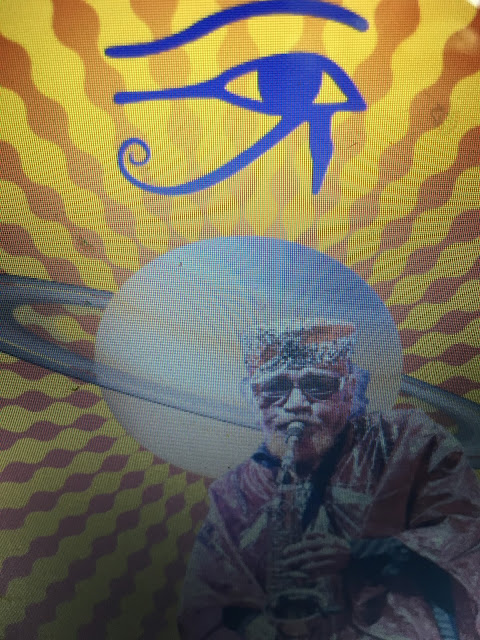 In the last century, music seemed to have more significance than ever before. Jazz, blues, folk and avant-garde brought music to greater cultural and political heights.

In the 1960s, The Beatles blew the music world to unprecedented mania. Later in the decade, their embrace of the psychedelic counter-culture was mind-blowing. This caused many bands who would have remained underground to be accessible everywhere. The consciousness, cultural and political energies of that time was global and amazing. Music played a key role in the enormous anti-war movement.

When the rock world was becoming seriously stale, the punk explosion began. The Clash, Buzzcocks, Sham 69, Gang of Four and many others actively fought fascism and participated in the Rock Against Racism shows. The music also represented a new energy and independence from the corporate media empire.

The video age initially had great potential. Creative use of imagery and a new means to communicate worthwhile messages was stimulating and exciting. The internet added to such hopes. The other side of the coin was that there was a new way to provide a saturation of crap.

It is still exhilerating to see a good live show. Amazing that there are still thriving indie and innovative scenes. Great to see numerous bands, famous and lesser known, continue to provide messages in response to the madness of today. There are now countless documentaries about bands who did not receive the amount of recognition due to them.

Now there is a wellspring of music to explore. We shall help. Starting with the goodies below.

When the psychostalker started a fake page in my name, a main focus was her hatred of Susan Sarandon. I want this to be absolutely clear: Nancy the perp grossly misrepresents me, especially on this subject. I deeply respect and admire Susan, artistically, as well as personally & as an activist.

My appreciation of Susan's fantastic acting talent began with the Rocky Horror Picture Show. I've seen or purchased much of her work. I remain blown away by the acting in Dead Man Walking. I truly look forward to future releases.

In the 80s, I truly appreciated Susan's activism against apartheid and contra terrorism. Her advocacy for people with AIDS, as well as LGBTQ support, harm reduction and pro-choice work was priceless.

After Susan's comments about Hillary Clinton before the 2016 election, most of which were on target, the level of hatred, abuse and derangement was off the charts. It was not Susan's fault that Hillary has a horrible history, was a deeply corrupt corporate stooge, ran the worst campaign since Michael Dukakis in 1988, and couldn't beat a failed reality tv star and obvious nazi.

Since the election, the abuses are directed to Susan when there is shocking news. That is the battle cry of the impotent. They cannot face the realities of trump/ GOP's policies, appointees, nominees and budgets being approved by many Democrats. It's easier to avoid reality and say thanks Susan! This is your fault! We're going to ignore our Democrat saviors spit-shining Republican rectums and issue more hate to you, Sanders, Stein, and everyone who disagrees with us!

Since Nancy participates in this hate fest and does so in my name, I want my real views to be clear. If a site becomes launched in her name and is a platform for commenting about Hillary Clinton, Joe Biden, Deborah Wasserman-Schultz, Tom Perez, Nancy Pelosi, Chuck Schumer, Debra Messing, etc., that would be a clear example of a misrepresentation of someone else's views.

It gets funnier. Now on the fake site that bears my name, it is called “sexism” to criticize St. Hillary. Does that mean that if one speaks of Biden's appalling history, they are biased against white male pedos? This absurdity knows no bounds.

The real Reverend Bookburn deeply appreciates Susan Sarandon. I believe Susan has done more to contribute to a better world than all of her haters combined.

The fake page that bears my name continues to be as funny as it is pathetic. Nancy the perp is not “rebelling” against “authoritarianism.” She was caught committing multiple and real acts of harassing and stalking. Being caught resulted in a further decline of mental health status. Her mental health issues are obvious. They are relevant because she is high functioning enough to be accountable for her actions. If she announces herself as Elvis' new tour manager or St. Hillary's personal right-hand jihadist, then we'll revisit the subject. Meanwhile, we can conclude that the assholery is a choice.

The lack of insight also reveals the seriousness of her illness. Many inmates, psych patients, and people with addictions will endlessly sound like they have no clue what the problem is with their actions. But somebody upset me! My actions made perfect sense! This remains a story that could become a special on the Lifetime Channel television network.

But there needs to be more than just a good script. We need to launch a new page for all the psychostalker and St. Hillary stuff. It will not be a replacement for this Blogspot site, but an addition. This site can remain more focused on the more interesting material. The site in Nancy's name will cover the fake page stuff and history in greater detail.

Another item posted in my name on the fake page: an attack on the late Caprizchka. Caprizchka does not deserve to be in the same paragraph as Nancy, but some things need to be clarified. Caprizchka's views were pinches from the left and the right. People who can relate to other members of the human species tend to realize that not everyone is a hardcore ideologue. Caprizchka strongly advocated pro-choice, anti-theocracy and other positions that would be approved by the psychostalker. During a visit late in her life, we had strong political differences. Caprizchka had the ability to discuss and debate politics like a sane person. Plus we were able to cover other subjects and play with dogs. Caprizchka was not half the “nazi” as the mighty basher of the deceased. She has no history of abusing, harassing or stalking. She has zero history of creating fake sites or impersonating others. She survived much and never allowed herself to become an asshole. Nancy could benefit from decreasing the bullshit and assessing her own life.

Stay tuned here for news about the launch of the additional site. We are all likely to be entertained by what she says about the DNC, DCCC, Third Way, and the like.

How The Clash Changed My Life, by Tom Morello

You're Gonna Miss Me


The Cramps, the Gun Club and Bad Seeds: Kid Congo Powers on his greatest moments


Motor Citys Burning: Detroit from Motown to The Stooges

Couple on iconic Woodstock album cover still rocking decades later: 'It's us. That's who we are. Still'


Interview with Robert Fripp and Joe Strummer in Musician


Garbage – A Stroke of Luck


Sonic Boom & Spectrum – What Came Before After – full album


King Crimson – In The Court Of The Crimson King – reversed


The Coup – Ride The Fence


David Bowie – This Is Not America


Michael Gove – Because I Got High


Church of the Cosmic Skull – Is Satan Real?


Prophets of Rage – Unfuck The World


Rage Against The Machine – Bullet In The Head


Conflict – From Protest To Resistance


Gang of Four – I Found That Essence Rare


The Special AKA – Free Nelson Mandela


Quicksilver Messenger Service – What About Me


It's a Beautiful Day – White Bird


Funkadelic – One Nation Under A Groove


Sun Ra – The Night of The Purple Moon


DOA with Jello Biafra – We Occupy


Propaghandhi – With Friends Like These, Who The Fuck Needs COINTELPRO?


Salad Days – A Decade of Punk in Washington DC


The Dicks From Texas – review


Allen Ginsberg with The Gluons – Birdbrain

What Actually Happens When a Country Bans Abortion

Someone accused the US president of rape. The media shrugged

Why the DNC Doesn't Want a Climate Debate

Posted by Reverend Bookburn at 8:13 PM No comments: