Rev. Bookburn – Author of He’s Just Not In You –
How To Fuck Like A Family-Values Christian Conservative

Manager of the band Falwell's Poolboy


Reminder: This Blogspot page is the only real Reverend Bookburn site. Any asshole who creates false sites, misuses the Rev's name, misrepresents us, or spams us, is unworthy of attention. 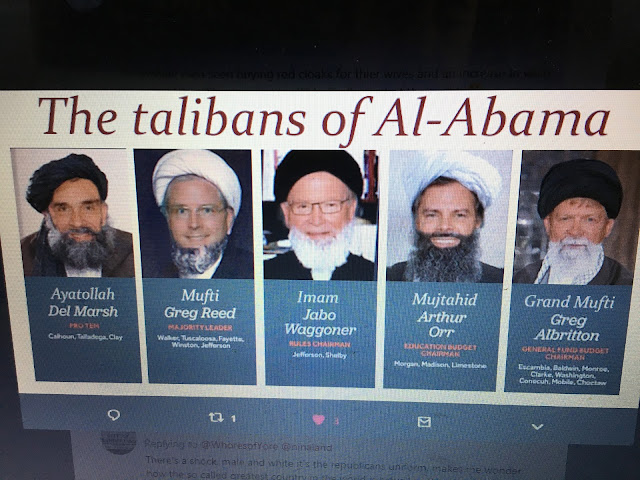 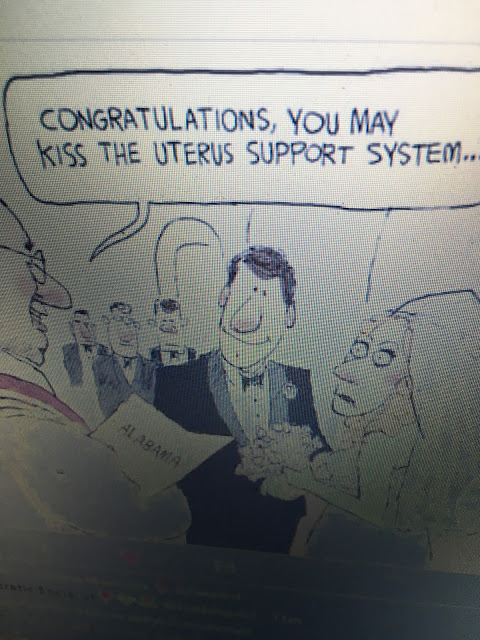 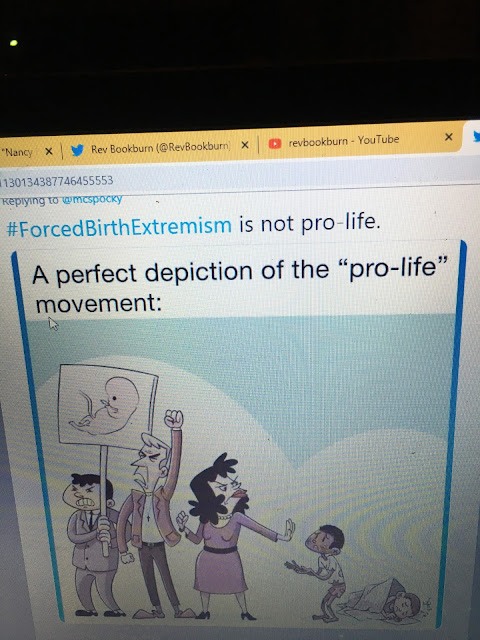 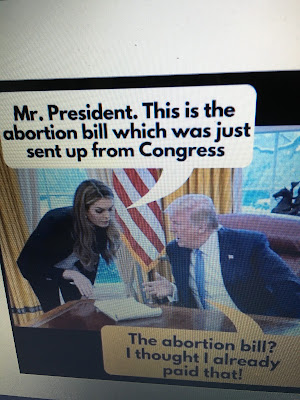 trump - the lowest form of life 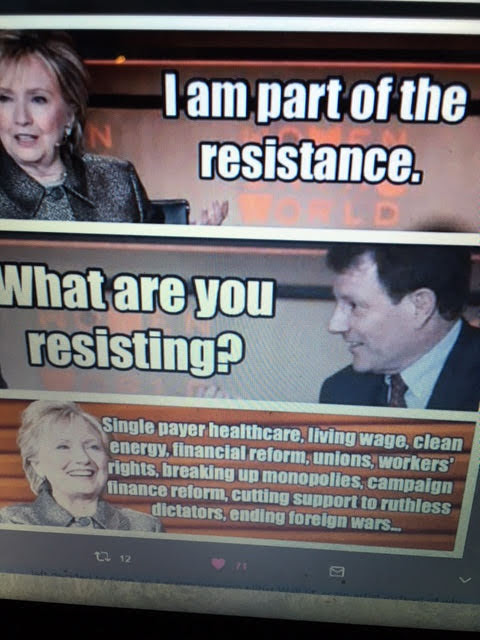 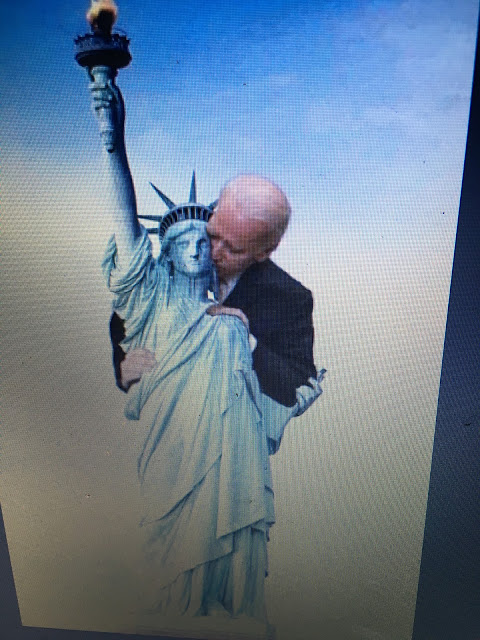 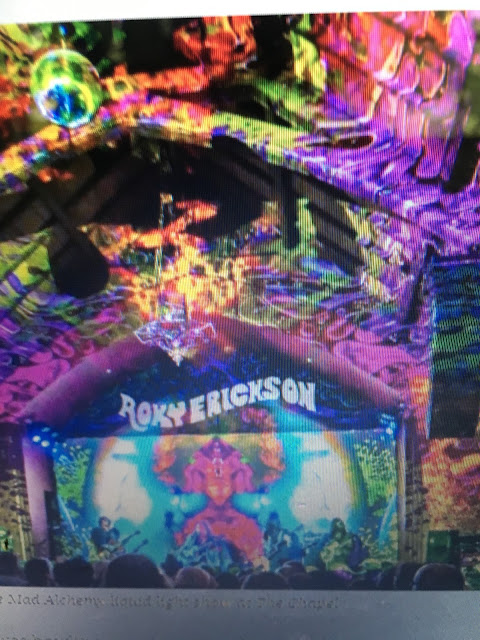 
Lawmakers in Alabama, and other states, have passed extreme abortion ban bills. They are not in effect so far. These bills move the nation closer towards Christian-Sharia Law. This is a victory for theocrats and anti-abortion terrorists.


These same states are among the worst for attacking survival programs. In addition to forced births, these sick legislators will further worsen the survival crises of countless people.


One obvious purpose for these bills is to fight to the Supreme Court and possibly overturn Roe v. Wade, the 1973 case that legalized abortion. We need to be knowledgeable and prepared to defend Roe, as well as Baird v. Eisenstadt, the 1972 case that legalized birth control and made Roe possible.


We need to fight these anti-choice laws and watch for sneak attacks. That is usually done by adding attachments to larger, unrelated bills.


As we always said on the show: always know how to help any woman, no matter what twisted laws are passed.


Talibama – Neil Young has been proven right about you again.


As a pro-life legislator, I am worried about the public becoming aware of your pregnancy. We must be very careful about keeping things discreet. I have arranged for your travel plans and payment for your abortion. There's a gathering of a conservative think tank in the same area so your husband can believe that's the reason you are away. The money will come out of a fund that my wife doesn't know about.


I will be unable to go with you. However, I would like to continue seeing you. I love when we play Bow To Laura Ingraham.


Anyway, let me know when the problem is fixed. See you in church.

Letter to an Evangelist from 'Poolboy'


I truly appreciate the house and new job. However, I'd like to ask a little favor. I know you're in a funny position but could you slightly ease up on the hateful anti-LGBTQ rhetoric? It's very hurtful. We know you can't be open about your wild nights with us, but you seem to be going overboard.


It was the same with your daddy. We used to howl when we saw him on television. When we were all together on especially steamy nights, he would burst into the room and shout “who's got my tubesteak ready?”


Ah, memories. If you ever want us to, we'd be happy to attend a graduation at the university and be nude under the gowns. Just kidding. We know you wouldn't be amused.


Anyhoo, let me know when you want to have another spankin' good time.


Ok sports fans, Nancy the fake website operator is back. Since there is EV (entertainment value), it seems worthy to share. The first hoot was rationalizing her actions, as well as playing the predictable victim card. That was hilarious, but one part that was not total bullshit was her inability to understand the problem with her actions. Similar to criminal sociopaths, no matter what the act, one hears what's the big deal? Why is everyone negative towards Me?


If the mental health issues were the only variable, we would not be laughing. Nancy is functional and able to work and manage her life. Fortunately, she does not work for the State Department or United Nations. The thought of her adding to the madness of John Bolton, Mike Pompeo and other fellow jihadists would make an even worse episode on the Lifetime Channel. So there is no pass regarding possible and treatable mental health issues. She is responsible for her attitude towards life and choices she has made. She is responsible for how she turned out as a person, as a parent, as a writer, as a harasser, as a psychostalker, as a fake website operator.


More EV: in one of Nancy's writings in my name, she babbled about intimacy. That gave us a great laugh. Are we supposed to care about the musings of an asshole who runs a fake page? Should we see if other psychos would like to weigh in? Jello Biafra told me about a past problem with a similar psycho and fake pages. The common thread seems to be a lack of insight of their actions and mental state.


Nancy has every right to her views. I have a right to believe that most of her writings are patently absurd. This isn't about disagreements. I have friends with greater differences but they don't act like someone in a gang. But posting in my name is another issue altogether. So is smearing friends, including the deceased. The only relevant fact about her is that she is the POS who runs a fake page in my name. The level of absurdity to debate or further feed an attention-seeking parasite is off the charts.


Past comments on this subject are not only EV, but accurate, mild, minimal, and arguably understatements. These related posts still hold up:


Jello Biafra & Mojo Nixon – Will The Fetus Be Aborted?


Burn The Priest – Inherit The Earth


Roky Erickson – You Don't Love Me Yet


Bongwater with Bob Weir – You Don't Love Me Yet


Aus Rotten - ...And Now Back To Our Programming – full album


The Bats – How Could You Have Known


Manowar – Warriors of The World – Live


Bruce Dickenson – All The Young Dudes


Shel Silverstein Narrates an Animated Version of The Giving Tree (1973)


Riders Of The Storm – full film


George Carlin – abortion and 'the sanctity of life.'


Judy Tenuta – Dating and The Pope


10 years after Dr. Tiller was murdered by an anti-abortion terrorist


Abortion Is 'Immoral,' Except When It Comes To My Mistresses


Blatant Attempt to Politicize the Science


A Soft Coup in Guatemala


We Know Exactly Who Gave Us Trump


Politico Says Jews Are Cheap & So Is Bernie


Posted by Reverend Bookburn at 5:15 PM No comments: