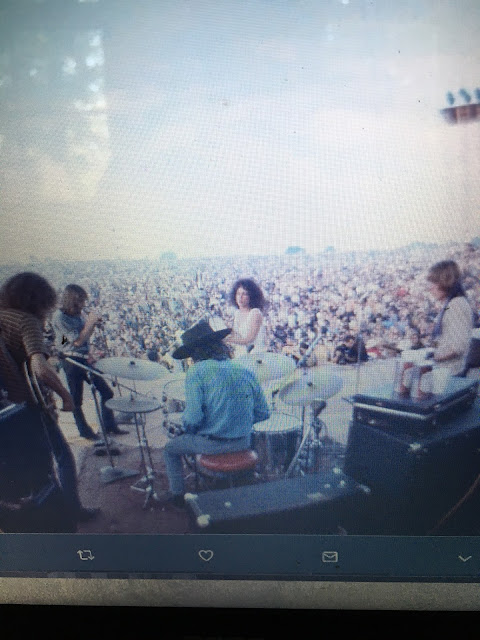 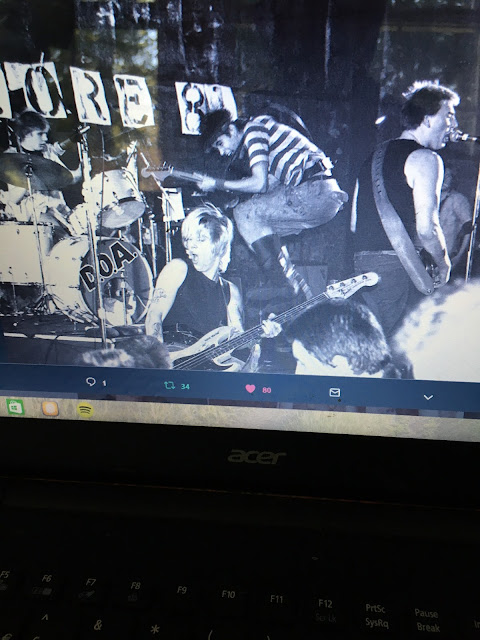 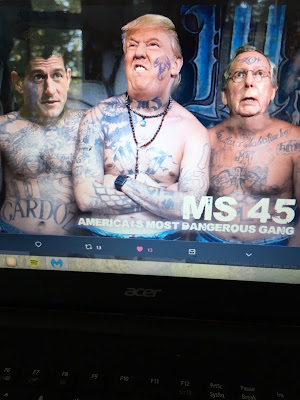 MS 45 - the most dangerous gang on the continent 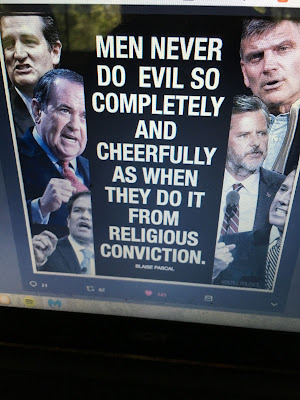 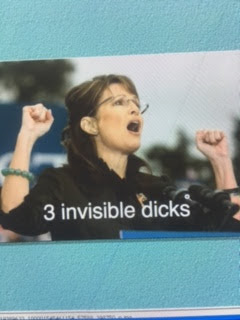 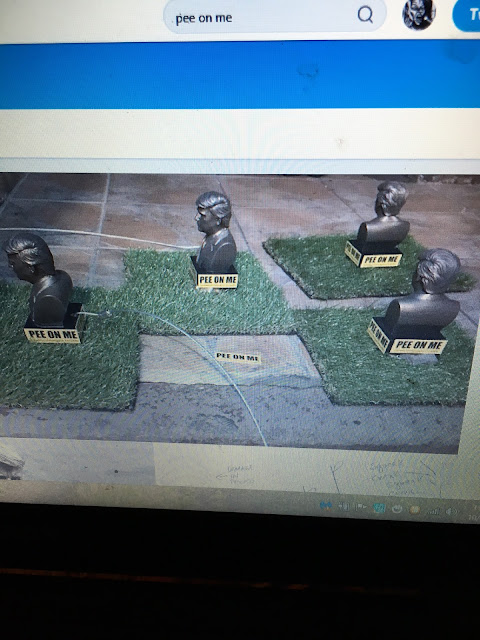 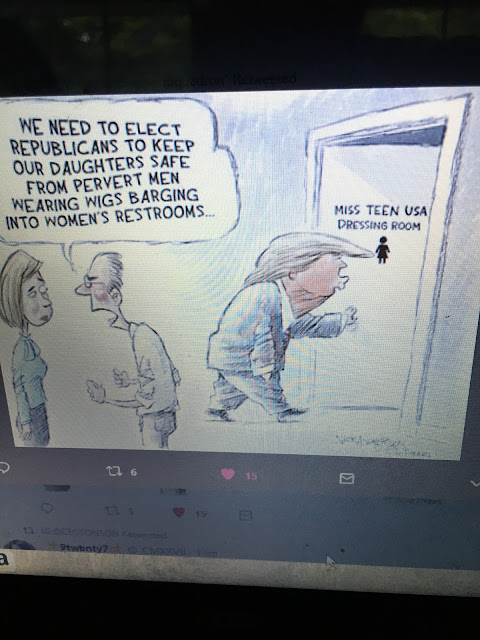 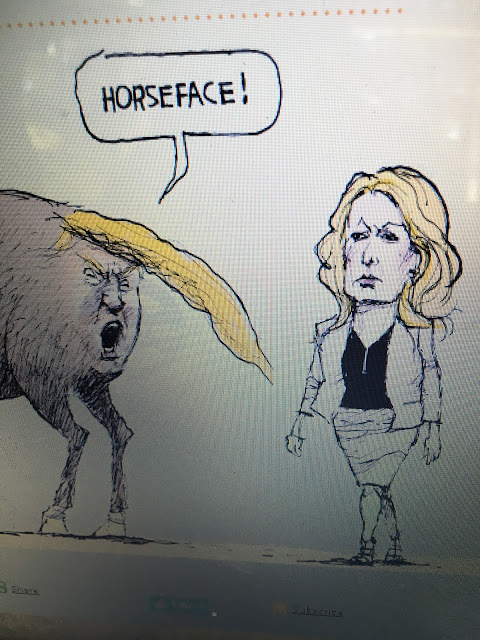 Vinyl and tons of other goodies from Rev. Bookburn and
Agent 45


In 1965, vocalist Marty Balin, with Paul Kantner, formed Jefferson Airplane in San Francisco. For nearly a decade they remained one of the most vital bands. They were serious reflections of the counter-culture, psychedelia, and the political struggles of those times.

When Paul Kantner and Grace Slick launched Jefferson Starship, Balin was recruited and remained with the band for years.


Balin remained musically active until his recent passing at age 76, on September 27, 2018. He had recently performed with Airplane alums Jorma Kaukonen and Jack Casady at Jorma's Fur Peace Ranch.

Most of the Airplane has passed. When Paul Kantner and original Airplane female vocalist Signe Anderson passed – both on January 28, 2016 – the news was overshadowed by so many other deaths in the music world. Marty Balin did get the respect due to him via the music press and social media.


Another loss from the music world: Randy Rampage. Rampage was a bassist in the original lineup of Vancouver punk/ hardcore legends DOA. He was on the first two albums and also released his first solo record, in the late 70s/ early 80s. DOA was active in Rock Against Racism and performed for numerous and various benefits.


Rampage remained musically active after leaving the band. Ultimately, he was in Annihilator. Rampage passed on August 14, 2018 at age 58.


Kavanaugh is a Rapist


It's ok to say it. Most people know that it's an obvious truth. Brett Kavanaugh was nominated for a seat on the US Supreme Court. What was his job interview like? He acted like someone who just soiled his diapers, threw a tantrum, issued insults, and exhibited numerous characteristics of a wealthy, priviliged, entitled, abuser. We'll have to get around to doing an experiment with similar behaviors at job interviews. His nomination was made by Putin-stooge and fellow rapist Donald Trump.

It's easy to understand Kavanaugh's appeal to fascists, religious extremists and other assholes. He asserted that a president should not be indicted while in office. He has been strongly anti-choice. His rulings consistently conformed to the most extreme climate deniers, anti-labor, and similar ilk.

Similar to countless Republican rapists and pedophiles, Kavanaugh was repeatedly accused of sexual assault. His own predictable responses and a sham of an “investigation” made it even more obvious that the charges had merit. The handling of these accusations was a slap to every abuse survivor in the world.


Kavanaugh was also obvious regarding his lies and false testimoney. Any person in Congress who even remotely cares about justice should begin the process of filing charges and impeaching Kavanaugh from the High Court.

Meantime, we need to be thoroughly informed and prepared to defend Roe vs. Wade (1973), the Supreme Court decision legalizing abortion, as well as Baird vs. Eisenstadt (1972), legalizing birth control for non-married people. Forget the bullshit artists. It's time to become knowledgable about history.


There has been a variety of responses to the recent passing of Dennis Hof. Hof was an outspoken proprietor of several legal brothels in Nevada. Some employees continue to swear by his character. Others slam his name. Politically, he was all kinds of screwed up and had admired the bottom of the swamps and cesspools. But that's not of consequence now.

What matters is the fate of those who worked at his facilities. The facilities are under attack by a variety of anti-freedom forces. One thing Hof got right when he ran for public office: sex workers and safe facilities should never be in legal jeopardy. With his passing, the attacks are going to be worse as more dangerous and harmful laws are proposed.

On November 6, an election referred to as the most important ever will occur in the US. It's obvious that the White House is currently occupied by a mentally unstable, racist, rapist, Nazi sociopath. The fact that Ryan and McConnell types of Republicans dominate Congress is the primary reason that Trump and so many insane policies have been enabled.

The madness has been far worse than predicted: the tax scam, proposed cuts to Social Security/ Medicare/ Medicaid/ other survival programs, attacks on healthcare, attacks on the first amendment, support for violent racists, dangerous anti-immigrant policies, anti-LGTBQ bigotry, denial of climate realities, collusion/ treason with Russia and an endless list of horrors.

Some will say that the opposition must be supported, no matter who. Some will say that the lesser of two evils is still an evil and that opposition that is barely an improvement is unworthy of support. There is merit to both arguments. But for now, an insane Nazi regime needs to be stopped as much as possible. If the Republicans lose their majorities, a best-case scenario, let the lessons of the past be learned. Rather than retreat from reality, hold the new players accountable and raise hell when necessary. Being Republican-lite is unacceptable. Betraying the base and the American people continues to be an outrage. And if some assclown says blah blah blah Susan Sarandon wah wah wah, tell him or her to watch the Susan Sarandon Haters video (linked below at the beginning of the Goodies) at least ten times.

[Canada legalizing weed] Every weed prisoner should be released immediately

It is worthwhile to fight McConnell & his fellow degenerates to save SS, Medicare & Medicaid.

Replying to @SarahKSilverman
No! It is vital to understand and defend Roe vs. Wade and Baird vs. Eisenstadt http://www.prochoiceleague.org/

Replying to @DKElections
You are the only source to acknowledge the late Joseph Tydings' role in the Baird vs. Eisenstadt case. The result was legalized birth control for non-married people and the primary legal precedent for Roe vs. Wade. http://prochoiceleague.org

The small, dysfunctional Cheeto TM is now well-exposed and going down - not in the Ivanka way.


Replying to @TimRobbins1
Happy birthday! I just turned more people on to your Bob Roberts film. So fitting during this madman's presidency


Replying to @senatemajldr
Just stating the obvious, but you are the ultimate dirtbag for going after Social Security, Medicare, Medicaid & other survival programs. The legacy of your life is a gross stain upon humanity.


Replying to @realDonaldTrump
Hey Buttface! Changes and a storm are coming!

Giving airtime to Collins immediately after betraying every survivor in the world is outrageous. Equal time for all of Kavanaugh's victims. Similarly, Santorum is a lowlife who makes your channel unwatchable.

Among the many lies and absurdities in your statement: the Griswold case and Planned Parenthood did not legalize birth control. That was done by the Baird vs. Eisenstadt case of 1972. You should know better. So much for your "research."

Replying to @WWE @SusanGKomen
Great that @WWE is spreading awareness and sensitivity. Sad that Komen has a history of scams and supporting anti-choice nuts.


Many people are confused by trafficking misinformation, not just Lindsay. Propagandists use the issue to lump several targeted groups including consenting sex workers. This results in the passing of dangerous laws.

Kavanaugh is obviously guilty like trump, countless evangelicals & priests, and so many other rapists and pedophiles.

Shut up traitor. Resign or be impeached.

Future video: The Pecker and the Pee Tape.


Loved your show. Disregard the rectal openings who are cheering the cancelation. They still have stool samples from Alex Jones and Nazi trump on their faces.

For your birthday, one channel had a marathon of your films. That included Body of Evidence - which was so much better than 50 Shades. Hope your birthday rocked!

What Would Jello Do? Part 65 – The Supreme Court: Back To The Caves

Dragontears – Turn On Tune In Fuck Off


Flaming Lips with Sean Lennon – Lucy In The Sky With Diamonds

Flaming Lips with Miley Cyrus – A Day In The Life


Strawberry Alarm Clock in Beyond The Valley Of The Dolls


It's A Beautiful Day – White Bird


Queen & Luciano Pavarotti – Too Much Love Will Kill You


Death – Politicians In My Eyes


Woody Guthrie – All You Fascists Bound To Lose


Don Caron – The Ballad of The Wall


Sacha Baron Cohen Forces Roy Moore to Take a Pedophile Test on Who Is America?


The War on Sex Workers Needs To Stop Now


A Face in the Crowd – trailer


“Good night, you stupid people” - clip from A Face in the Crowd


A Time To Kill – trailer


The Break with Michelle Wolf – Salute to Abortions


Every Sperm Is Sacred – from Monty Python's The Meaning of Life


Peter Fonda in The Trip


The Witches of Eastwick – trailer


Michael Moore – The Big One – trailer


John Cleese on Brexit, newspapers and why he's leaving the UK


“I am disgusted with traitor trump”

Stay Out Of Venezuela, Mr. Trump

Republicans want to take away your Medicare, Social Security, and Medicaid


The New Politics of Climate Change


Rapists have no place on the Supreme Court

No Deal Brexit or Remain? Why a second referendum is now essential

How Voter Suppression Imperils the Midterms


Alexandria Ocasio-Cortez: 'I want us to be that Party again'


Trump is pulling US out of nuclear treaty with Russia


fascistfuckfacebook
Social responsibility has to be an organizing principle of big tech, not just cheap talk

“I tried to replace men with 'clit sucking' sex toys”


The Open Mind: In Conversation with William Kunstler


The Other Side of John McCain That Nobody Talks About


From CIA-Backed Wars to Cartel Violence: Inside the Roots of the Refugee Crisis


All Documents in the Doe vs. Trump Lawsuits

Tons of new music & other goodies from Rev. Bookburn's & Agent 45's collections
Posted by Reverend Bookburn at 9:53 PM No comments: