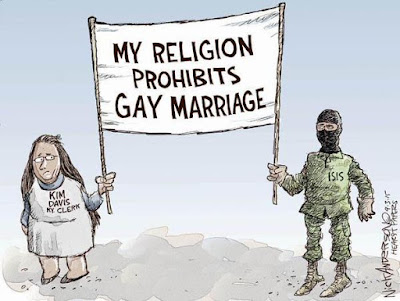 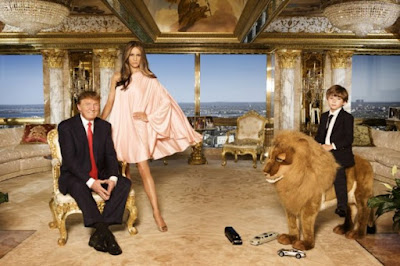 It is mind-boggling how badly the corporate media responded to the terrorism at Pulse, a gay club in Orlando. They obsessed with a near- singular focus on the perpetrator being a groupie for ISIS and a deafening silence about the dangerous homophobia and theocratic terrorism in this nation.

Over 35 years of homophobic and anti-choice terrorism by Christians remains a minor footnote in the corporate media. Ignoring the dangerous theocrats who are deeply like-minded with is to remain clueless.

The horror and inhumanity of the massacre in is not a simple talking point or rallying cry for the brain-challenged. Nothing will change if the corporate media continues to frame and dumb down all discussion on this subject. The saturation of comments from Donald Trump, John McCain and similar ignoramuses does not even merit discussion.

Shortly after Orlando, Jo Cox was murdered by a terrorist in the UK. After the perpetrator was revealed to be a racist, anti-immigrant, anti-EU neo-nazi who yelled “Britain first!” during the killing, this story became a minor news item in the corporate media.

Homophobic, anti-choice, racist, theocratic, anti-immigrant and other forms of Christian terrorism are from the same mentality as those who are attracted to ISIS. Remaining inhuman and clueless furthers such problems.

We are asking for a reasonable exchange to return some of our best from the music world. We want a return of those who were lost too early and to get rid of some of our manure. We believe that this proposal is fair and would contribute to a better world.

As a bonus, we get Bill Hicks, George Carlin, and Lenny Bruce.

We’re sure you’ll agree that life on earth would be greatly improved with this deal. Since you’re a superior being, it would be easier for you to handle being around the above-listed rectal stains of our species. We ask that this exchange happen in the immediate future.

Everyone at The Reverend Is In show

The fact that Donald Trump is even a possibility for becoming an elected president means that this “culture” is closer to actualizing the Idiocracy film. In this Information Age, ignorance, hysteria and bigotry can continue the manipulation of the lowest common denominator. Similar to the W. Bush years, we now seem to be witnessing evolution in reverse. The Democratic Party is barely an improvement, but current Republicans in Congress, as well as their likely presidential nominee, are so extreme and dangerous that we are genuinely in a state of red alert.

In addition to human death and hardcore care-giving, two dogs are gone from our lives. One was old, sick and has passed away. The other was under the “care” of a neighbor who handed her over to her son – a sociopath and known abuser. Goodbye with love to both dogs.

Even after broadcasting our farewell show, we still have enjoyed 100% success with the dreaded Rev. Bookburn Curse. We now have two new recipients. A friend in our inner circle in the South Jersey/ Philly area hired Fry’s Moving Company. No one any of us know had any kind of bad experience with them in the past. However, our friend learned that beyond the shadow of a doubt, Brandon and Alex from Fry’s not only damaged and destroyed multiple things, but also stole countless items. Her main losses were valuable Beatles, rock and punk memorabilia. The value of what was gone exceeds $1,000.00. Their method  and how obvious they were means that we may be calling the Producers of the World’s Dumbest Criminals television show. Needless to say, those two geniuses now have the Rev. Bookburn Curse for life. The family behind the business is ok, but the two assholes are cursed.

When Siouxsie & The Banshees Met The Nerd From ‘The Breakfast Club’

‘A True Testimonial:’ Essential Documentary on the MC5 – See It While You Can

The Plasmatics – 10 Years of Revolutionary Rock and Roll – full documentary

The Dark Underbelly of Religion: Hateful Pastor Expresses Happiness At Death Of 50 in Orlando

The True Story of  “Kill the Messenger”

Posted by Reverend Bookburn at 11:57 AM No comments: