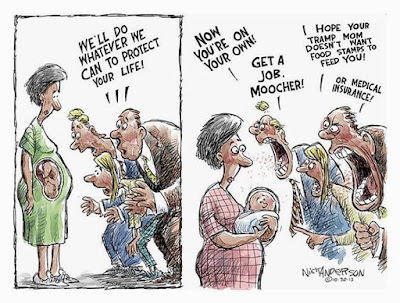 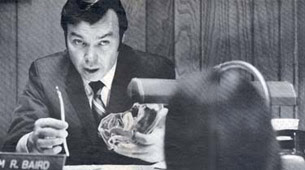 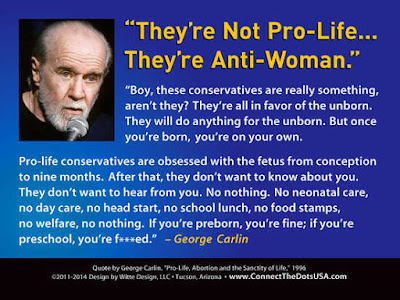 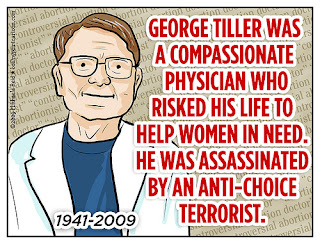 Our last show, Duggar and Hastert Family-Values, had to be cancelled. Some of the music selections shall be included on this one.

Presently, there are many in Congress and Governors' offices (mostly Republican) who decided that the policies of the Taliban and ISIS regarding women need to be applied in the US. The Christian-Taliban has especially attacked birth control and abortion rights. Even worse, they have consistently proposed laws that would ban late term abortions. Such laws would be a death sentence for countless women. The vast majority of late term procedures are done when the pregnancy has become a very serious health risk or life-threatening situation.

The attacks on abortion rights have been increasing yet again after bogus videos that targeted Planned Parenthood saturated the public through the corporate media. They have been edited by a group called the Center for Medical Progress. Despite the groups documentation for non-profit status, their sole purpose has been to malign and attack abortion rights.

We shall respond to the bogus videos, legislative attacks and popular myths pertaining to late term abortion and all reproductive rights. We shall also provide musical relief, news and humor.

Many people have responded to the current wave of smears and attacks by donating to pro-choice organizations, which is good. We ask that a portion of money that would be contributed be sent to Bill Baird's Pro-Choice League. Such funds are urgently needed there. Baird's 50 + history (as long as the Beatles and Stones and equally vital) is spectacular and includes 3 Supreme Court victories for choice.


Countdown to our Farewell show


We are in a countdown to our last show. Life circumstances and survival issues have made the decision to end necessary. If all goes well, we shall do our 15th anniversary show in January and a farewell show in February. We shall remain active on this site and provide commentary, entertainment and links. If there is a res-erection of this show, it will include co-hosts Pastor Whoremaster and John the Craptist. Such a rebirth would be announced here first.


September: The Rise of Christian-Sharia Law


November: Bush and other Psychos

- Larry Wilmore on the Nightly Show


Deliver Us From Evil – trailer


Behind Enemy Lines – Her Body. Her Decision?


Behind Enemy Lines – The Army of God


They Never Sleep – No Guts


Chris Squire, bassist and co-founder of Yes, dead at 67


The Oyster Band – The Generals Are Born Again


Louis Jordan – Best of Louis Jordan, 38 crazy swinging jazz tracks by the “King of the Jukebox”


London Against the Massacre – Taiji Cove


Stop Using My Song: 34 Artists Who Fought Politicians Over Their Music


Hendrix and Woodstock: 10 Little Known Facts About the Performance That Defined the 60s


Jesus The Daughter Of God – trailer


The ACORN-ification of Planned Parenthood


What the Planned Parenthood Hoax Really Proves: Right-Wing Extremists Have No Qualms About Destroying Peoples’ Lives


Greece’s Economy Is a Lesson for Republicans in the US


How To Punish Bank Felons


What Really Happened During the Ann Coulter Protest?


AT&T Helped NSA Spy on an Array of Internet Traffic


Beware Of People Preaching About ‘Morality’


The KKK’s Response to the Murder of Chaney, Goodman & Schwerner


Trump Your Cat: The Internet Takes On Donald Trump’s Hair and Wins


Trump & The Politics of Resentment


Trump: The System Is Broken And I Love It


Vote to stop the cuts


Sabotage In Your IRA


Petition: “Don’t deny our autistic daughter a chance to succeed in school”


Crashing the Party: Legacies and Lessons from the RNC 2000


Why You Should Care About The Canadian Election


The Taliban-wannabee anti-choice legislators need to be exposed and stopped. The bogus videos are an excuse for even more attacks on reproductive freedom. This is also a reminder that many extremists need to be removed from Congress. - Rev. Bookburn (Lolo Radio).


Rev. Bookburn’s Keep Birth Control Legal show (3.14.15) has been uploaded and available at any time for free


foreplay: The Damned – I Had Too Much To Dream (Last Night)

Oblivians – Can’t Afford You; No Butter For My Bread

Posted by Reverend Bookburn at 11:06 PM No comments: