Rev. Bookburn – Author of He’s Just Not In You –
How To Fuck Like A Family-Values
Christian Conservative 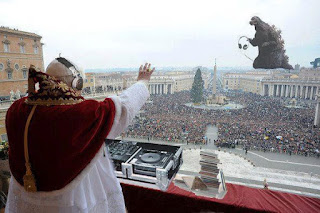 We never endorse any party, but we feel that this particular issue merits a strong reaction, further exposure, and much humor. This show will not merely provide music, satire and commentary, this show is going to be hot! Prepare for a show you will not forget. Listener discretion strongly advised! This show will not be "family-friendly" or safe for the workplace.

GOP Platform Changed To Now Target All Forms Of Pornography

What Would Jello Do – Part 26 – Occupy at Zucotti Park,NYC

What Would Jello Do – Part 27 – More from Zucotti Park,NYC

The comments about Ron Paul are totally laughable. He is racist, anti-choice and totally a corporate stooge. He is as whacked as his son. He is as bad as the failed legacy of W. Bush, Reagan, Gingrich, and Ryan. Rev. Bookburn - Lolo Radio

Posted by Reverend Bookburn at 8:22 PM No comments: