The Ryan King/ Akin and Eggs 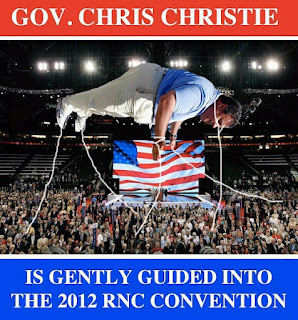 The Ryan King/ Akin and Eggs

The extremism and dangerousness of Koch boy Paul Ryan has become more obvious by the day. Despite unlimited spending by master propagandists, Ryan is widely recognized as one of the lowest of all political candidates.

We never do endorsements on this show. However, when a dangerous Bush-type emerges on the scene, we’ll make a full effort to help him expose himself. We’ll also have a great time doing so.

Ryan represents a very real danger to the survival of all who are not rich, people who need Medicare and other essential programs, women, the environment and life as we know it.

We will give the appropriate coverage of The Ryan King, along with his fellow Taliban-wannabee Todd Akin. We will also provide great music and plenty of laughs. This is show to not miss.

Marauders of the Roswell Links,Episode II

Posted by Reverend Bookburn at 4:03 PM No comments: